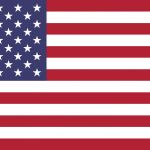 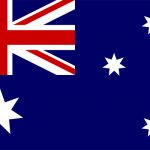 Menu
No products in the basket.
$0.00 Basket

Menu
No products in the basket.
$0.00 Basket
Menu

No products in the basket.
$0.00 Basket
Talk to our Specialists

This Timeline of Early Humans is based on the latest research.  It depicts the development of man from early Australopithecines to modern day Homonides.  The Timeline uses actual photographs which are updated to show the current research depicting our possible common ancestry with Neanderthalensis.

This Timeline also shows the climatic, continental changes, and the development of tool technology.

With the official announcement of Homo Naledi taking place in September 2013, the 2015 edition now shows the estimated place of this new species in the genealogical tree of humans.

Although the discovery took place in 2013 we postponed an update depicting this information until the official announcement, and acceptance of the facts by the scientific community was completed.

We recommend using the Human Migration Pattern Charts (ELC-5079) to show the dynamics of what drives man to migrate and explain the forces behind the rise and fall of human populations. Pictures courtesy of Skulls Unlimited Inc.

This Timeline is now available as an interactive Timeline.

There are no reviews yet.

Be the first to review “Timeline of Early Humans” Cancel reply

Talk to our Specialists

Would you prefer a downloadable Catalog? We will send one to you